This September I had a really amazing birthday. It was more of a weekend than a day really. On Friday I helped with the Frosh (kinda like University Orientation, fun games for first years to meet people etc) for my program at school and then went to Gorilla Food with my veggie friend Kyla. Then we got scalper tickets to the Ke$ha concert and had a glittery good time (my highlight was the giant inflatable zebra that LMFAO passed around… and the people behind me commenting on how “sleezy” the “get sleezy” tour was haha). On Saturday (my actual birthday) I helped with Frosh again and then got to see some awesome girls I haven’t seen much since High School. Sunday was a day of rest. I hung out downtown and then went for dinner with my Mom at my favorite raw vegan restaurant, Organic Lives.  Then…

On September 12th I had the pleasure of interviewing my friend and fellow Super Forester Jesse Carmichael before his concert in Abbotsford, BC, Canada. 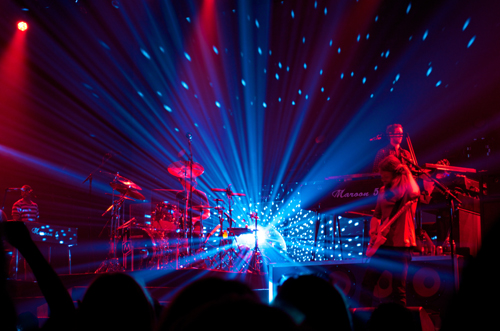 I was first in contact with Jesse when I stayed at Zero One in Hawaii. Jesse is a founding member of Maroon 5, and a gift to the planet.

Jesse Being a Rock Star

It was actually so funny because just as I was finishing dinner with my Mom, Jesse and his Yoga Teacher showed up at the restaurant. It turns out he had e-mailed me inviting me to meet them but I had been out all day and didn’t get the message (maybe it’s time to get an Phone? haha). Magic!

Jesse is really awesome and knew about so many awesome things. After the interview we went for a walk in the parking lot and sat by some trees where he told me about a bunch of awesome things. For example, I learned about this awesome TED Talk on the power of Mushrooms. Fungi is amazing!

I also was inspired to participate in the 9/11 Intention Experiment (people from all around the world focused their intentions on bringing peace to a very specific region of the Middle East and they are going to track the results). 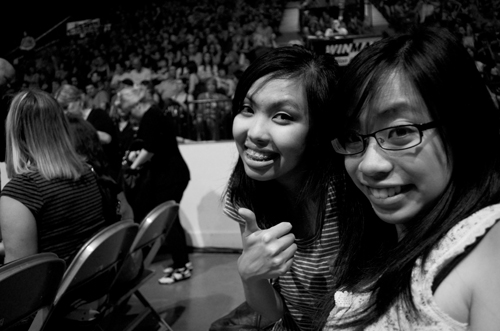 Special Thanks to Trini Nguyen-Don and Diana Luong for filming/driving/being awesome and SuperForest.org for making this come together! 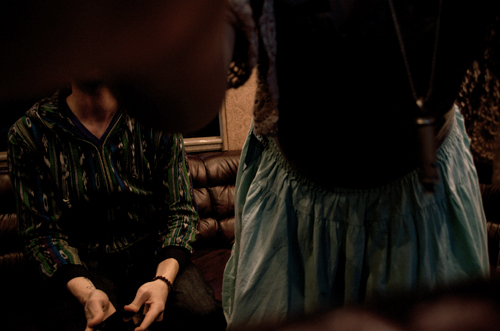 So silly! This is the only photo I have of us together... it's pretty awesome : P

AMAZING! SO grateful! What an awesome experience and what amazing people I am blessed to know.

PS: Recently this totally come full circle when my friend Jeka played “This Love” and was able to raise a bunch of money for some leadership opportunities she wants to take advantage of.

Yesterday I attended a screening of the documentary movie: The Cove. It is about the dolphin slaughter occurring in Taiji, Japan and the journey of a group that attempted to document it on film. I was quite excited too watch it as my Dad told me about this film back in the summer but I have not had the opportunity to watch it… until now.

I always enjoy a good documentary but I must admit I was a little disappointed with this one. The finalé footage of the slaughter was anticlimactic. They spent the entire movie hyping up the secrets and hidden activities that occur in this cove and then when you finally witness it, it becomes one of those – well what did you think it was gonna look like situations. No surprises there. Some less than desirable sequences (such as the opening credits and the unaesthetic attempt at creative editing) left me unentertained. I really enjoyed their creativity in terms of how the mission was planned out and their attitude when dealing with the Japanese authorities. I commend their effort as a whole and completely agree with what they were trying to achieve. They covered the issue in a (relatively) unbiased manor and (in my opinion) truthfully documented the situation. I’d give this movie a 6.5 / 10.

It’s always interesting when I go to animal rights related events. As a vegan I don’t feel that I personally contribute to many of these issues (concerning meat consumption and seafood fishing) however I understand the the problems still exist. Now the real question, what (else) can I do to prevent this? It can be hard to promote my beliefs while still being accepting and respectful of the choices others choose to make.

The screening itself was special because they had Mandy-Rae Cruickshank, the FreeDiver from the movie there to answer questions afterward. I had to leave before she was done taking questions but it was very cool to be there in the room with someone so passionate and connected to the film and the issues.

Although it didn’t live up to my film making standards i’d still recommend people watch the film. To help the cause you can text DOLPHIN to 44144, and sign their petition straight from your phone.